What is meaning of RAM in Gurbani ? 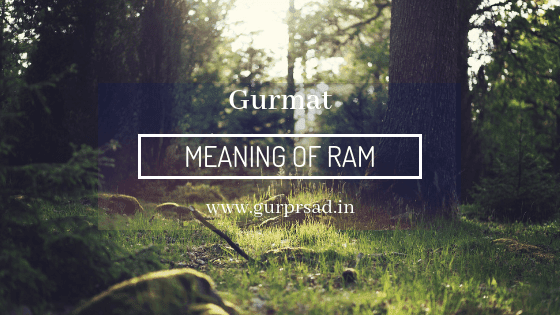 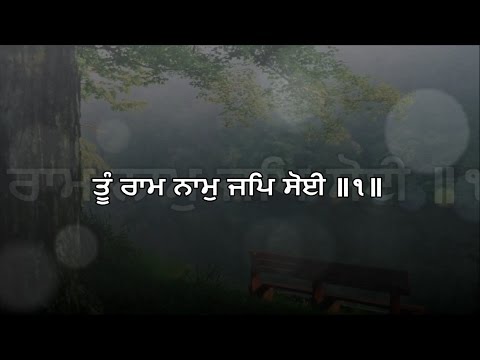 What is meaning of RAM in Gurbani ?

The word Ram had come in old Hindu texts, which had been practiced in a wrong way by making a recitalable name. Gurbani has given it a correct explanation of what is Ram or Ram Naam really. In the "Adi Granth", pege no. 1159 has its direct definition that

The knowledge that is the treasure of knowing yourself, that Ram Naam is. This entire world is Brahm (divine) and to know the Brahm, those real knowledge or intelligence accumulated are called Ram Naam, in Gurbani. The difference between Ram or Ram Naam is not too much, that those real knowledge or intelligence accumulated are called Ram and the Ram Naam is called the collected treasure of knowledge. The person who has this treasure does not have any intelligence, he has intelligence from his origin. Ego from him ends. Simply put, if you say so easily, that is a non-egoistic intellect, that is Ram. Only through ego, the wisdom comes in Brahm and creates the body and gets trapped in the cycle of death and birth. This cycle continues as long as the ego in wisdom or intelligence, it does not come to an end. When ego comes in wisdom, then the other party is standing, which is addressed by the Dasam Patshah as Shyam or Sham.

Now the question arises, how can be the Ram a wisdom? In response to this we have another line in Gurbani that

You are the greatest, my knowledge is nothing in front of you Ram ||

Meaning, that which is our wisdom (wisdom of mind) is that it is weak and small, unable and your wisdom (wisdom of your holly mind) which is Ram is huge and powerful. Only by ego, our wisdom is weak and small. When wisdom leaves the highest level and becomes selfish, then the ego comes. It is because of ego that world comes into existence, which is a group of desires. Only by eliminating egoistic mind, the ram is attained.

According to Gurbani, the real meaning of Ram is ego-free or divine wisdom. That is why Ram Nam is said to be the substance in Gurbani and not any reciting mantra.

We all are actually Ram in the house, ie the intellect which is ego free but due to the illusion, it takes the form of our mind, which has started to understand separately and the body itself. Got it But when the illusion disappeared and the ego disappeared, then the entire Ram starts to look like speaking.

All of this is written in GurBani only. It is necessary to rubbing Gurbani and collect intelligence from it. Whatever the author is writing, he is writing with the wisdom of Gurbani and he has nothing his own. There is a need to understand and search Gurbani rather than to just read it. 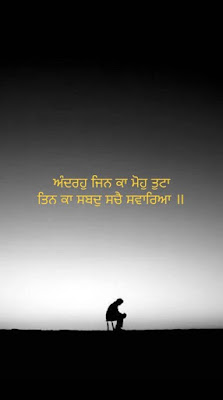