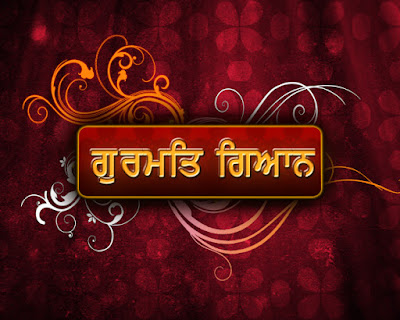 What is really Gurmat ?

The Gurmat letters are made up of a combination of two letters, gur+matt it means logical reasoning. It has now come to know from the treaty of these two letters that the meaning of Gurmat is a knowledge fron logical thinking (intellect) attained by Gur or say logical reasoning.

Gur is a method or method of doing a work Now the gurus of performing worldly activities are different, but the thought of truth and contentment in the field of religion or in the spiritual world is considered as a guru. It is a Gur Spiritual Review and of Kadar from this nature The rest of the worldly gurus are false and this is a true guru and so it has also been called a true guru or a Satguru in gurbani. The true meaning of GurBani is through realistic thoughts, and by the time the knowledge is obtained The essence or essence of knowledge is the Gurmat The wisdom or wisdom given by thinking of a guru.

Gurmat itself is a Tat Gyan, so it can not be said as Tatt Gurmat The Bani of Aad Granth (Guru Granth Sahib) gives us the intellect that is the Gurmat Gurbani was not written for reading, but to read it, to teach it wisdom and live it with that intelligence. This is the real Sikh life GurBani, which gives Gurmat, makes human wisdom a wise intellect, and therefore it has been said by Tenth Patshah that Chandila will not have any illusions or badness before it can defeat anybody in the battle of Gyan. This Chandi Gyan Vidya Vikas Burdhi has said that the Sikh Sikh is called a Bhago, which is painted by this Chandi Diwani.

Dasam Patshah made it clear in Akal Ustat that taking Guru's wisdom is real bhagti and all other fake devotees. There is also a mention in the Adi Granth.